Train as a consultant

Find a consultant locally or online

Find a session locally or online

Train in either our baby or toddler specialism with our signature in-person training.

Book here
"It was nothing like any other training or education I have undertaken before, and everything like what I believe the future of training and connecting with each other should be..." 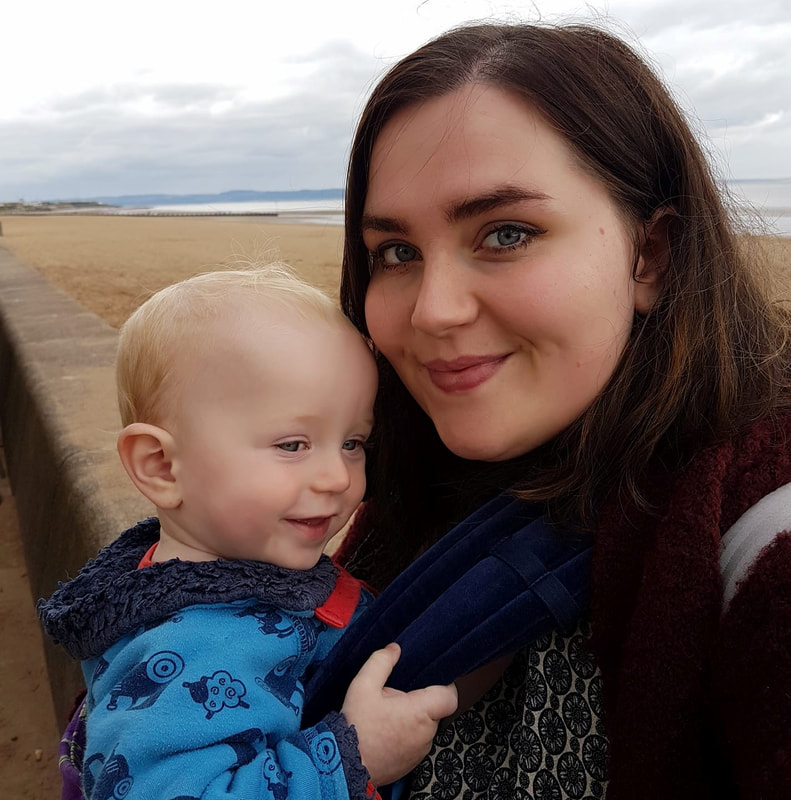 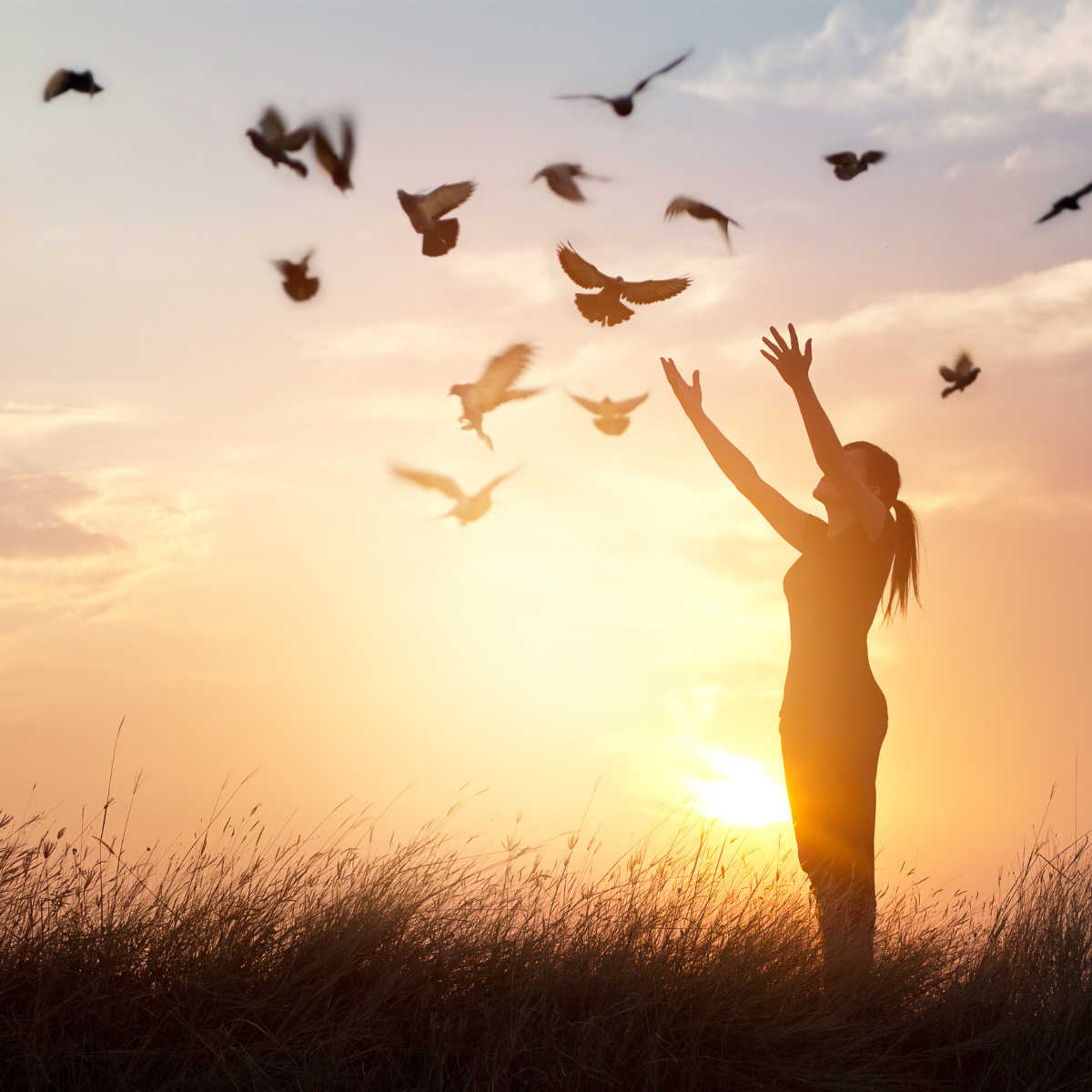 Understand the CalmFamily approach to parent support, develop an evidence informed understanding, and see how our unique structure makes our programme sessions so effective.

Get to know some of the CalmFamily leaders and your fellow trainees in a comfortable and intimate small group setting.

Our courses change lives.  They change your approach to your needs, as well as to the needs of parents, and children. Trainees report being better able to support themselves as well as parents after training.

Gain practical skills in carrying, infant and toddler handling, and experience hands on activities we run with parents.

Our Hampshire training location is in the village of Botley, a picturesque market village on the banks of the river Hamble.

Our Lancashire training location is in the village of Coppull.

The address of the venue will be provided upon booking, as these are private residences.

Botley is easily accessible from the M27. It lies in between Junctions 7 and 8 of the M27. From Junction 7 Botley is signposted.

Parking at the venue: Parking is on street parking in a quiet residential cul de sac, however there are a number of free car parks elsewhere in the village. We have had no issue accommodating all cars at previous training sessions, however there may be a short walk involved.

The following services operate in Botley

The nearest airport is Southampton, which has its own train station Southampton Parkway, however there are no direct trains connecting to Botley station, so you must change at Eastleigh. This journey usually takes around 55 minutes, including the walk from Botley station into the village.

Coppull is easily accessed from the M6 or M61.

It is situation between junctions 27 and 28 of the M6.

From the M61 take junction 8 for Chorley.

Coppull is on the 362 bus route from Chorley to Wigan. The nearest stop is under 5 minutes walk from the training venue.

The closest airport is Manchester, from which there are trains to Chorley. Chorley train station is opposite the bus station, and has a taxi rank.

Our training venue is a light and airy ground floor studio room situated in a home, and is relaxed and welcoming.

Our training venue is a large welcoming lounge and through garden room, with sofas, comfy chairs, a hammock seat, or yoga mats, cushions and birth balls. Make yourself at home!

We create an atmosphere in our training space to allow you to make yourself comfortable and do what you need to do to best learn. Whether you prefer to stand, or sit on a chair, a birth ball, or a yoga mat, we aim to ensure that you are made at home and prepared to engage with the training.

Both of our current training venues are residential homes, and whilst the training Is on the ground floor and a ground floor toilet is available at both venues neither benefit from any formal accessibility features.

The Lancashire venue has a UPVC lip to enter the porch, and a single low step from porch into house.

The Hampshire venue  has several entrances, none of which are entirely level or step free, however the family have previously accommodated wheelchair access through an informal ramp.

We are aware that use of mobility devices is only one form of access issue. We welcome people with any access concerns about venue, learning material, timetable or training structure to get in touch. We are happy to talk through specific access needs, the usual format, and to make alterations where those would be beneficial and improve accessibility.

The Botley website lists several hotels and B&Bs to suit a range of budgets, however, in the past some of our trainees have opted to share an AirBnB flat or house a short drive away in Eastleigh. This can give the flexibility of having more of a home base, especially if partners and young children are accompanying you. We are happy to find details of Airbnb properties that previous trainees have found suitable. If you wish to share accommodation with other trainees then once you are added to the online group for your cohort you will be able to make plans.

The Hind’s Head  offers bed and breakfast accommodation a few minutes walk from the training venue. It and several other pubs in the area offer excellent evening meals.

There are a number of budget hotels, hotels and bed and breakfasts, in and around the Chorley area. Charnock Richard service station has a hotel is within 2 miles of the venue, and can often be accessed without using the motorway.

There are also AirBnB properties nearby. If you wish to share accommodation with other trainees then once you are added to the online group for your cohort you will be able to make plans.

We take the safety of our trainees, and our trainers and their families very seriously.

For this reason our trainers will perform twice weekly lateral flow tests in the fortnight before training. We will, of course, seek a PCR test if we are symptomatic. In this way we hope to identify any risk to you from the trainers. If we receive a positive test result we will isolate, contact all booked trainees immediately and either offer to continue with only one trainer where possible, or to reschedule.

Both trainers are fully vaccinated, and both have had Covid-19.

We will provide hand washing facilities at our venues. We can make hand gel available. We are happy for trainees to wear masks if they so wish. The trainers will not wear masks as both have exemptions and struggle with wearing masks for long periods, and because it makes verbal communication less clear and accessible.

We will discuss the ventilation of training areas with trainees to ensure that we balance the need for comfort with any risk.

We suggest that trainees also perform twice weekly lateral flow testing in the run up to training, in order to minimise their risk to other trainees, and trainers.

We offer a bursaried position on each training that is open to all individuals who are from groups that are poorly represented in the wider CalmFamily consultant community. Everyone who is eligible to apply for the bursary is also eligible for a 10% discount on training costs.

We are also able to support individuals who are applying for grant funding to train with CalmFamily. Several trainees have had full costs covered. Contact us at hello@calmfamily.org if you are applying for funding and need support. 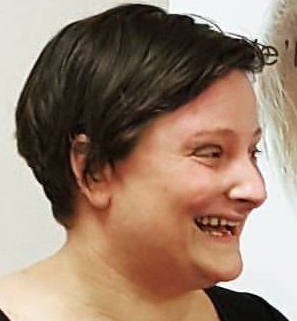 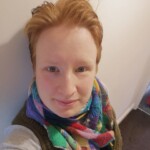 Join us in-person for a unique training experience

5 full days is pretty full, on, but the relaxed environment supports you to meet your needs, take breaks when you need them and benefit from getting the big picture in one intensive block.

Learn through discussion, shared experience, and personal reflection. In our in-person training we build relationships of mutual support that extend past interactive training.

A lot of laughter

With good humour, sometime dark humour, we recognise the struggles that we have faced, the assumptions that we have challenged, and the experiences that many parents struggle with. We laugh with each other in solidarity, not at each other.

Practical and hands on

You will have the chance to learn to use slings, and learn to demonstrate sling use to parents, effectively. You will get a chance to play with a huge range of carrier, attempt different infant handling techniques and holds, , touch and feel many of the objects we suggest parents might use. You also get the chance to experience taking part in some of the activities you will use when running workshops and sessions.

There is so much to cover in actually quite a short time and we focus on supporting engagement with the material rather than racing through it.However, our online learning materials supports all of the underlying knowledge and fills in all of the gaps. Allowing you to continue to build on the understanding you have developed in all areas of your specialism.

Support doesn't stop at the end of the final session. We support you through the assessment process, offer CPD several times a year, and have online consultant communities for peer support.