The many ways of milk feeding

Home » Parents & families » The many ways of milk feeding 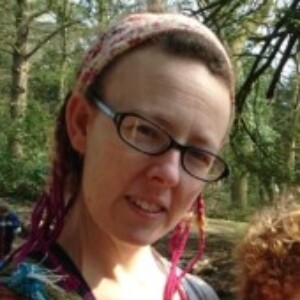 Home » Parents & families » The many ways of milk feeding

The many ways of milk feeding

Baby 1: I assumed I would breastfeed

When I was pregnant with my first baby, I didn’t really consider anything other than breastfeeding. I’m not sure if I was breastfed as a baby; I certainly remember my mum making up formula milk for my younger siblings and helping to bottle feed them. So, by all logic that would have been the more obvious choice. Formula was what I’d been brought up with; it was my ‘normal’. But, no, seemingly from nowhere, I was very clear on my choice to breastfeed. Despite reservations from my partner I wrote skin-to-skin and breastfeeding as soon as possible after birth into my birth plan.

When my baby arrived, I soon discovered that breastfeeding was hard. My boobs were sore and cracked and I was exhausted. In the hospital I’d been given some support with latching and my baby was gaining weight which seemed positive. However, by the time they were 3 weeks old we were struggling. My little baby wasn’t gaining as much weight as the professionals thought was ideal. Also, my baby was very unsettled and constantly sick. By 4 weeks I was so stressed out; I felt like I was failing at feeding my baby in their basic need for milk. I was exhausted and the lack of sleep was making everything feel impossible.

Formula was a massive relief

My mum suggested I might have supply issues and my health visitor thought perhaps a dairy allergy was the issue. Both suggested formula, and the health professionals specifically suggested soya formula. By this point, as much as I was disappointed in myself and my body, I was also desperate for an excuse to stop. So, at 4 and a half weeks, we began formula feeding a specialist milk, and, honestly it was a massive relief. The soya formula was exactly what we needed. My baby became more settled and stopped the constant vomiting and we both slept for more than an hour for the first time in a month.

Formula feeding was logistically more difficult. Sterilising bottles and packing the right number of them to go out, and measuring out the milk powder took so much more thinking about. But it was so worth it, both for my ability to function and parent and for my baby’s health. Now, I know with hindsight that cutting dairy from my diet would have meant the same, if potentially slower, outcomes. However, I don’t regret my choice at all, it did what we needed it to, and it did it quickly.

Baby 2: should I try again?

Fast forward 2 years and towards the end of my pregnancy with my second baby, I was really torn. Should I try again with the breastfeeding knowing it was going to be difficult and painful? Or should I opt for formula feeding from day 1 and deal with the logistics? Eventually I decided on a second attempt at breastfeeding. However, keen that feeding would be smoother than last time, I bought a steriliser, bottles and a tin of formula milk ‘just in case’. I felt I needed a back up plan so if I found I couldn’t cope I had the means to go with the alternative to hand. My son arrived unexpectedly at 35 weeks weighing just 5lb 1oz. I cuddled my tiny boy and encouraged him to try feeding, he rooted, and he tried but he could not latch, he got more and more distressed and I remember crying and asking what was wrong with me that he didn’t want my milk.

As it turns out, it wasn’t that he didn’t want my milk. He had an underdeveloped latch reflex, so he just couldn’t do it. He had his first couple of feeds of nutraprem formula from a cup, just lapping up a tiny bit at a time. I was OK with the formula as an option if its what he needed, but my boobs were very uncomfortable.

I learned to express

A midwife asked if I’d like to express milk for him. She suggested that it might make me more comfortable and that my milk would be good for him. What? I could feed him my milk with him having to get it from my breast? Yes, this was new information to me, it was the first I had heard of expressing milk!

She taught me how to hand express and it was a revelation! I was so happy to be able to give my little boy my milk albeit how I had envisaged. I invested in a breast pump and for 6 months I pumped my milk for him; first cup feeding, and then, after a few weeks, I managed to get him to drink from a bottle which made things a bit more practical.

I never managed to get him to latch on to me. However, I did manage to exclusively feed him breast milk until we introduced solid food just after 6 months. I was over the moon about this, I was so happy with what we had achieved together. At that point I swapped to cartons of follow on formula. I felt like I had done the all-important early months and that formula was a more practical option now he was having a mixed diet.

Baby number 3 was going to be my first baby to have breast milk from my breasts. I was older now, better informed about the benefits and more determined. Fate and my third baby had other ideas and she arrived at 33 weeks; my second premature baby and my second with an underdeveloped suck reflex. But this time I knew what to do, or so I thought. I asked for a pump and a cup and expressed a tiny amount of colostrum so her first feed would be my milk.

She tried, but she was tiny, and she was tired. After a day of not managing more than a fraction of a ml the decision was made to give her a nasal-gastric tube to give her some time to rest and recover from birth. She made quick progress. By the time she was 2 weeks old she was feeding from a bottle by herself and the tube was removed

It wasn’t exactly what I wanted, but I knew what I was doing. I felt confident and I knew what I was setting out to do was achievable. Not long after the tube was taken out it was clear that something wasn’t quite right. Most of what my baby was drinking she was vomiting back up almost immediately after her feed and it was getting worse.

She started to lose weight and the doctor prescribed her infant Gavisgon for gastric reflux. It helped a bit, but what helped most of all was a health visitor suggesting upright feeding and keeping her upright after feedind. This was difficult at first. I struggled to let her sleep, keep her upright, and run around after 2 older children. This is when I had a moment of genius! I dug out the carrier I had used with the older ones; it was a Chicco carrier that I had been gifted, and it worked perfectly! We could feed to sleep in the sling and then let her nap upright. The relief I felt at my baby finally being comfortable and settled was immense! We made it to 6 months of exclusively pumped breast milk.

Baby 4: predicting prematurity and ready to pump, but…

Baby number 4 was expected to be early. Possibly even earlier than the previous 2. My goal was the get to 32 weeks. It was a massively scary prospect, but I knew what I was getting myself into. I’d done it before, and I’d do it again. I was carefully monitored and again, I made sure I had all the bottle-feeding kit and pump ready. So, imagine my surprise, when I not only made it to 32 weeks, I made it to 39 weeks; my longest pregnancy!

My second daughter was born onto my chest and had her first breastfeed at around half an hour old. She latched on and drank from my boob straight away! It was so wonderful and unexpected, but I doubted myself and I doubted my body. After my first experience with baby number one all those years ago, I was ready for something to go wrong.

It didn’t. Yes, it was hard, and yes, it was uncomfortable at first. However, it was so different to my previous experiences. After a few weeks my boobs became a bit more comfortable and after a few months I began to find it easier. Ultimately it just came absolutely naturally to us both. This was the type of milk feeding that worked for us.

My now almost 4-year-old daughter and her younger sister who has just turned 2, and took to it equally as naturally, are still feeding and we intend to encourage natural term weaning when they are ready.

No easy options and no shame

None of these options have been easy. Formula feeding was hard, pumping was hard, breastfeeding was hard. Feeding babies is hard, however you feed them. I have made many choices along the way and they haven’t always been easy either. However, for me, it’s been about making the best, most informed choice I could at the time with the information and knowledge I had at the time. I have no regrets about any of them.

Jeni is a CalmFamily director and the owner of Little Possums. She is passionate about making carrying accessible to all. Little Possums offers their Pre-Loved scheme, which provides a place to purchase carriers for as low as a £10 deposit. Our ex-rental carriers are all sent to new homes via her!