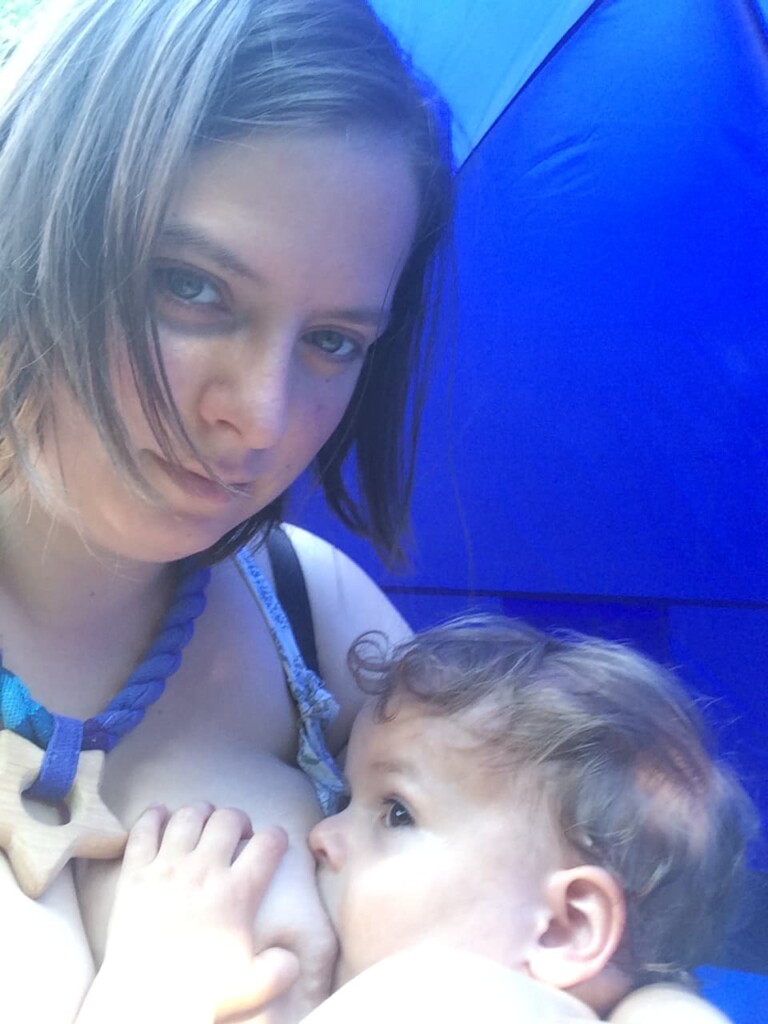 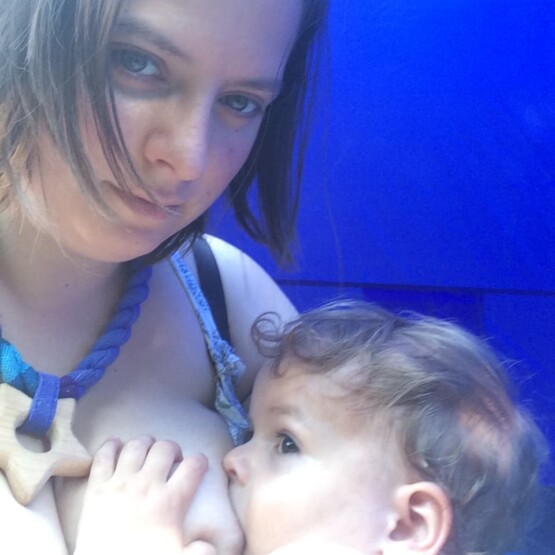 There are a lot of myths and judgments floating around about breastfeeding, especially breastfeeding older babies and toddlers. Let’s look at the reality.

My breastfeeding journey: newborn and beyond

I need to begin by saying that, whilst pregnant, I thought breastfeeding past 6 months, a year at a push, was weird. This is despite the fact that my little brother was fed well past 2 and as a teenager when he was born I remember this. My spouse and their younger sister were also breastfed into toddlerhood, so my family were all disposed to think of breastfeeding as normal.

I had a hard start to breastfeeding – I’ll write about that another time – and suddenly I found that I was VERY keen to continue this breastfeeding relationship I had fought so hard for. Why should I give up something that was important to us both and so damn useful?!

So we carried on past 6 months, past a year, through another pregnancy, through my second baby being born and suddenly I was feeding a 3 year old and a 1 year old.

The end of a journey

From a personal perspective tandem feeding took a HUGE toll on me. I fed my children until 3.5 and just under 3 respectively. At no point did I ever remember thinking that ‘oh yes, I know what will be amazing, having an angry 3-year-old clawing at my clothes crying for “boobie”’!. Each day I was just feeding a child that was one day older than the day before. There are no sudden leaps or changes that mark a milestone at which point breastfeeding felt different. That gradual change just meant that breastfeeding continued to be our normal.

I did gently encourage weaning with both of my children. I experienced nursing aversion with both of them to varying degrees and at varying times. Eventually encouraging a gentle stopping point was the right choice for us.
This is the key to all breastfeeding. It is a relationship. A two-way street, and BOTH people involved need to be comfortable with it. Even if you think your child might breastfeed til 18, YOU can choose to stop if that is the right choice for you and your family. And anyway how many breastfeeding teenagers do you know?!

Let’s get a few facts in here and bust a few breastfeeding myths. For more detail this factsheet at KellyMom is brilliant

Fact: At no point does the milk you produce stop having nutritional content for your child. That would be like broccoli losing its nutritional value when you turned 30.

Fact: Breastfeeding, whether for nutrition or comfort is not weird, and it’s not going to damage your child. Breastfeeding is the biological norm. The human biologically normal weaning age (when a child has their last milk feed) is between 2 and 7. The World Health Organisation recommends breastfeeding until at least 2 years old. Our society has normalised ending breastfeeding relationships earlier for many reasons, but it is our society that is unusual.

Breastfeeding myth: They don’t need it if they can eat/ they’re just comfort feeding/ using you as a dummy

Fact: Yes, your baby can have food now. Breastfeeding is not just about food, it is often about comfort, love and connection. Dummies are dummy nipples… they are not using a breast as a dummy, babies use dummies as breasts! Breasts are the real deal, dummies are the, well, the dummy, the replica!

The amount a child breastfeeds won’t generally have a huge impact on the amount or type of other food they will eat. Indeed, during picky eating phases, it can be comforting to know that they are still gaining lots of nutrition from milk.

Breastfeeding myth: You’re just doing it for your own perverted benefit

Fact: No, you aren’t doing it just for you. As said, breastfeeding is a two-way relationship and both parties need to be comfortable with it. Try forcing a child to breastfeed. However, there are health benefits for the adult in continuing to feed too. These include a reduced risk of various cancers, osteoporosis, cardiovascular disease and more.

Breastfeeding myth: But they’re too old!

Fact: People put all kinds of arbitrary limits in place. “They have teeth/can ask/can walk/can drink cow’s milk.” These may all be true. However, none of them are deciding factors if you and your baby are happy to continue breastfeeding. Teeth don’t get in the way (despite the odd nip). Even newborns communicate their need for milk. Walking or crawling might lead to some breastfeeding gymnastics, but it certainly doesn’t mean the end of breastfeeding. Your baby can have both cow’s milk and breastmilk if you want them too, and they are happy to eat or drink cows milk.

So, let’s talk about the ACTUAL problem with breastfeeding an older child. It’s society.

People don’t see children over 1 breastfeeding often. Parents worry about how it looks, and whether people will comment. Generally, really, people don’t care. The occasional person might comment, but most people aren’t bothered. Arguments about breastfeeding in public get much more heated online than I have ever seen them get in person!

The big problem, however, is that our society considers breasts as sexual objects. If boobs are primarily sexual objects, then feeding a child who is clearly demonstrating that they want milk, rather than a baby (they clearly demonstrate that they want milk too, but in a less verbal way!) can feel weird. It can get tangled up in everyone’s mind as some form of weird sexual desire for their parent. It isn’t. Breasts are not inherently sexual. They certainly aren’t performing a sexual function when they are feeding a baby or a toddler, or when they are comforting a baby or toddler.

If we want society to change its view of breastfeeding people are going to need to get used to seeing it. To normalise it people need to see it, talk about it, actually make it normal again. and normalise

If we can help society move towards the realisation that breastfeeding is normal well beyond the newborn age then perhaps we will finally stop being asked: ‘Are you STILL breastfeeding?’.