Travelling with a baby: what I learned

Home » Parents & families » Family activities » Travelling with a baby: what I learned 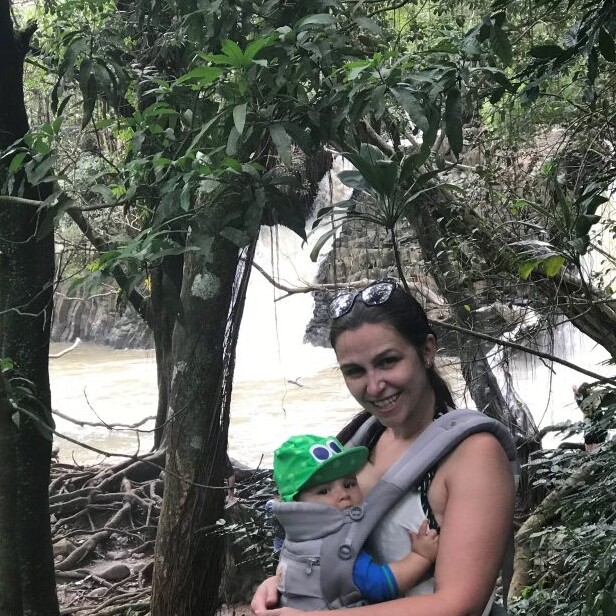 Home » Parents & families » Family activities » Travelling with a baby: what I learned

Travelling with a baby: what I learned 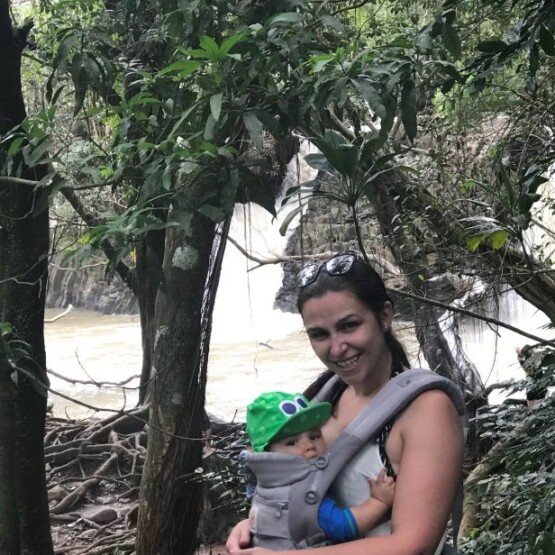 My husband and I are lucky enough to have done some travelling and we have had so many memorable and amazing experiences to date. So, I was keen for Rishi to join in our adventures and to take him on our holidays. As a baby who hasn’t yet had their first birthday, he’s already travelled halfway across the world and stayed in some incredible places, and it all started before he was even born. My friend called him a “traveller from conception” as when I was only just pregnant (and didn’t know I was pregnant!) I flew from Warsaw to Amsterdam to Ireland in 48 hours…

Travelling with a baby: apprehensions

Obviously, travelling with a baby is not the same as putting on a backpack and seeing where you end up. However, whilst it takes more planning, having a baby doesn’t mean your time for holidays, hiking or helicopter flights are over. It just means that you do things a little differently.

When Rishi was 8 months old we set off on a 4 week adventure around California and Hawaii. From San Diego to travelling around Kauai and Maui finally ending up in Sonoma and San Francisco in Northern California. This trip involved 6 flights, two states, 9 apartments / hotels and was the trip of a lifetime.

Even though we both have a lot of experience travelling, I still had some worries about travelling with a baby. Some proved misplaced, but there were other things that weren’t even on my radar which ended up being quite problematic!

Don’t get me wrong. It was hard. It was much harder on the return journey from America to the UK. However, travelling west, back in time, wasn’t that bad. I imagined sleepless nights and falling asleep in the day from exhaustion. Although it took a while for all of us to adjust, we got through it okay.

There were a few early starts when we first landed in the USA, but we just began our day a little earlier. It really wasn’t that bad. Maybe I’d made it such an issue in my head that anything would have been better! We were ready to adjust our day. We decided to just get up and out so Rishi had the best possible chance of adjusting his sleep pattern.   For more tips on how we survived jet lag when travelling with a baby, please visit my blog.

Feeding a baby on the go

Weaning: we planned ahead

With the trip we had planned I’m very pleased that we waited until he was 8 months old and weaning before we set off on our month long adventure. It gave us a lot more freedom with less feeds to worry about so we only needed to work around his meals and naps. For weaning we had opted for fully baby led weaning as we thought it would be easier when feeding him on the move instead of needing to purée everything, he could just eat what we ate.

A little bit of mess

That said, I sneaked some secret Weetabix and 3 of my melty stick (if you know, you know) allowance without Krish knowing, just to be safe. I’d say the hardest bit was getting him to eat on the plane. That hadn’t even made it onto my ‘travelling with a baby worries list’ as a possible issue. He ate food, but it wasn’t like we had a highchair or a space for him to eat, so it was just on my lap. I was prepared to get pretty messy and boy, did I get messy! However, as it was a long flight, I just made sure we had lots of choice and gave him a little of what I was eating. Rishi was exposed to new flavours and for us, baby led weaning worked a treat. We were fortunate that Rishi took so well to it.

Eating as a family

We adapted our day to work around Rishi’s meal times, and usually ate lunch and dinner together as a family. Rishi is very much into social eating, and he was so good in the restaurants! Since we stayed in a combination of apartments and hotels, we had a portable fabric highchair and a tidy tot. These proved invaluable; definitely baby travel essentials for us. This saved cleaning a floor and it provided a tray and harness to hold him where there was no high chair available.

Ensuring the accommodation would suit us all

We spent a lot of time planning where we were going to stay, including the type of accommodation and how we were going to do it. We’ve never been a fan of big hotel complexes, we were more of boutique hotels, glamping and novel stays (like the bubble domes in Ireland) but we opted for a mixture of Airbnbs, hotel suites and hotel rooms (where we were using it as a quick stop at an airport).

For the most part we rented condos and apartments – this allowed us to have some space in the evenings once Rishi went to sleep so that we weren’t trapped in a dark room from 8pm every night. Rishi has never been one of those babies that would sleep in a stroller while we eat dinner in a restaurant, we tried a couple of times in advance of our trip but he just wasn’t happy and so we made the decision to keep to his routine while he was away. We always had such jam packed days that we didn’t mind getting home for his bedtime. That said we picked places with hot tubs, nice views and balconies so we could still enjoy the evenings together.

Our choice to use Airbnbs shocked a lot of people. However, we’ve used them when travelling pre baby and since and always had a good experience. We had a slight mishap over bookings on the trip, which was our mistake. Airbnb were really responsive and helpful; they really impressed us. If it’s your first time, I’d go for a super host or at least one which a lot of good reviews, you may pay a little more but it will still be less than a hotel and you’ll have more comfort of where you’re staying.

Travelling with a baby: the luggage

My approach was “if we might need it, it comes”. In practice you do have to be selective about what you take. I didn’t think about baggage weight or the practicality of how we would travel around with so much baby stuff. It only dawned on me when we got to the airport and tried to manage Rishi and luggage.

Going through an airport and security is bad enough without kids. With kids it becomes a real pain (regardless of how organised and sorted you are). This meant it was hard work at every airport, and every new accommodation. Thankfully Krish was very hands on and took the brunt of it, but it was a logistical nightmare. Looking back, we didn’t need to take everything, but overall I think you just have to be prepared that it’s a bit of a pain!

Now I’m not talking about planes and trains but more how you get your little one around. We took the buggy, the car seat and a carrier; that’s quite a lot of baby kit, which obviously added to our luggage!

A sling is the thing when travelling with babies

We had planned to take Rishi on some hikes and terrain that wouldn’t be buggy friendly. So, while I loved our babyzen, I just knew it wasn’t going to cut it. I was worried about what would be good for Rishi and for us to carry him and so wanted other options which meant that Rishi could share in our adventures. I contacted It’s a Sling Thing and they were great in offering me advice on the best baby carrier which would be suitable for our adventure.

We hired an Ergobaby OMNI 360 Cool Air mesh. What was great was that we had a carrier for our trip which was suitable for us being active. Carriers and slings can be expensive so hiring means you can have the best of both worlds: have the carrier you need, perfectly tailored advice, but not the huge financial outlay of having it permanently. It was a great solution for us. Rishi was kept safe and cool and he could enjoy the hikes with us. Carriers and slings are also so great for airports. Airports can be noisy, loud and scary and so keeping a baby closest to you is, in my view, a great way to keep them feeling calm and safe in a very alien environment!

Another thing worth checking was about car seats. If you’re planning a trip, think what you’re going to do. To hire a car seat was expensive in the states and so we opted to take it. It was a big bulky item but it saved us a lot of cash and we knew it was then up to UK standards. Car rental companies are usually quite helpful and will give you information on the car seats they have so you can do what you’re comfortable with.

My must-have items for travelling:

So, looking back and having the benefit of hindsight, these are my must-have items when travelling with a baby

The best thing for our family

I suppose travelling with a young baby isn’t everyone’s cup of tea and isn’t possible for everyone, but it was hands down the best thing for me and my little family. We bonded, we became stronger and we made fantastic memories, and it’s an experience that I’ll never forget. Totally, the best month of my life.

Emmie became a mum in 2018 to Rishi. With her city lawyer life behind her for a year, she was thrust into whole new world of baby classes, sleepless nights, NCT catch-ups, and dealing with the pressures of being a new mum.

Emmie decided that starting her blog, Chronicles of a New Mummy, would be a way to record the highs and lows of motherhood and also share the times with her family and friends.

Emmie has been nominated for Best Blog in the Essex Mum Awards 2019 – and she hopes to keep writing about all the new adventures – good and bad – to come to her little family.

All photos courtesy of Emmie Spring-Manek

Recommend0 recommendationsPublished in Family activities, Hiring from CalmFamily, Why carry