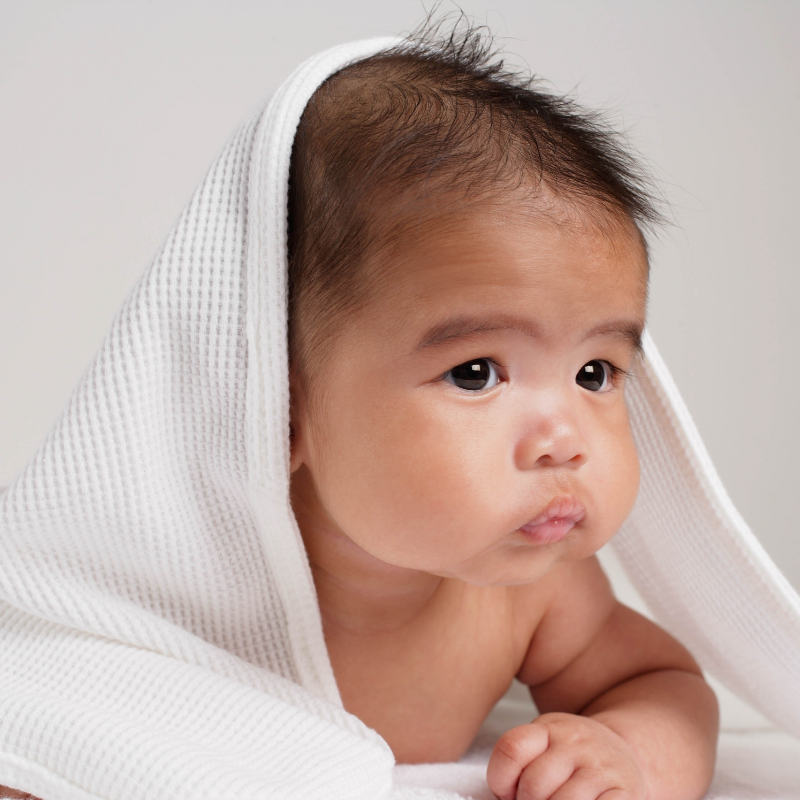 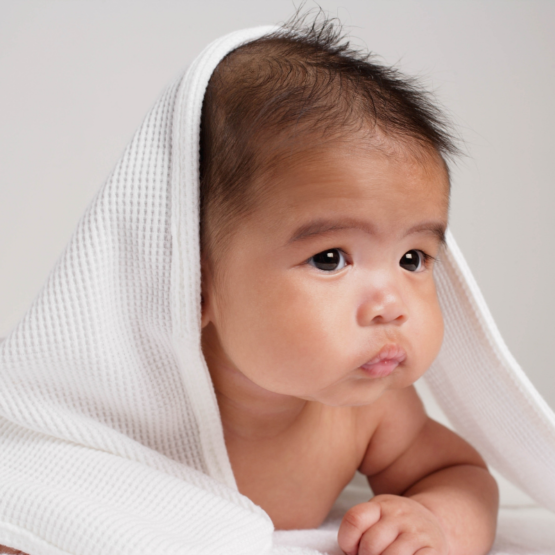 What is tummy time?

Tummy time is placing a wide awake baby on their tummy or chest. What most people think of and tummy time, and how health visitors tend to describe it, is placing a baby on their tummy on the floor for increasingly long periods several times a day. The reasoning today is to give babies a chance to develop the back, neck and arms muscles they need to crawl and sit. Tummy time is also recommended to prevent the development of plagiocephaly, also known as flat head syndrome.

At CalmFamily we seek to understand our babies, their development and their needs. This enables us to work with them at their current stage, and to support their natural development. There are so many industries that tell parents they need to do things to their babies to help them develop. However, mostly, with a parent’s instinctive level of interaction and care babies develop those skills in their own time. Parents could implement an Olympic training regime, but it probably won’t help their baby develop the ability to crawl sooner.

What’s all the fuss about tummy time?

Tummy time, the way it is usually discussed, on a mat on the floor is something of a parenting milestone. Parents either love it seeing it as heralding the days of rolling over, sitting up, and crawling babies; or they loathe it, because it involves tortuous time listening to a baby scream. Parents talk about feeling like they just want to pick their baby up, but they ‘know they can’t because it is really important that they do this, right?’

I will let you in on a secret. My second baby had no tummy time on the floor at all. Not until he rolled there himself. Why not? Because he hated it! Crying is communication. It is a baby’s last ditch attempt to express their discomfort or distress. What’s more, by the time they’re screaming, they’re pretty annoyed you didn’t figure it out earlier. He’s turned out OK so far, he sat at 5 months, crawled at 8 months and walked at 11 months. His older brother also walked at 11 months, but despite having formal tummy time, didn’t crawl until 12 months!

Well, let’s look at where tummy time came from. The introduction of tummy followed the successful Back to Sleep campaign to prevent Sudden Infant Death Syndrome (SIDS). This caused a huge change to infant sleeping positions advocating babies sleep on their backs from birth. This position, whilst safest in terms on neonatal death rates did have unintended consequences. Namely a large rise in plagiocephaly, or flat head syndrome.

Babies were spending more time lying on their back, or strapped into seats in a reclined position. They were often unable to move, so pressure was being consistently placed on the back of their skull. In some case this lead to the flattening of the back of the skull. In extreme cases it cause very marked flattening. The American Academy of Pediatrics responded to this with updated guidance creating “Back-to-Sleep, Front-to-Play”. Tummy time encouraged parents to put their child into a more varied range of positions. This aimed to give the back of their skull a break from the constant pressure. It was not initially about developing their upper body muscles.

Health Visitors now routinely advocate tummy time from 6 weeks, which is pretty young. At 6 weeks a lot of babies are at the stage where, if placed on their fronts, they are just lifting their head for it to fall straight back down again. It isn’t something I would like. To be honest I still hate yoga poses that have me lying with my face flat on the floor and I can definitely support my head well enough to get out of them.

Are there alternatives to tummy time?

So, babies need time in a range of positions, including, but not limited to, unrestricted time spent lying on their back do we need to be strict about tummy time? Not really, no. You can offer positions with the potential to strengthen these muscles without putting your baby facedown on the floor. For example,

Instead of putting Reu on the floor on his tummy we lay on our back with him on our chest. That gives babies the same position and opportunities to push up and lift their head. However, it offers a much more welcoming and familiar surface to face plant into when tired. With the reassurance and interaction of our presence he was totally happy in this position. He often drifted off to sleep when his upper body workout tired him out!

We also held him a lot. That’s right, holding a baby upright gives ample opportunity to work the muscles supporting their shoulders, neck, and head, and their back muscles. When they’re tired they can just snuggle up! When held upright babies support their heavy head against gravity. This helps them develop balanced muscles using their back and chest muscles in partnership.

Supporting with a sling

A well-adjusted sling or carrier supports the baby’s spine, allowing their head to rest on your chest when they relax. However, it also gives them freedom to support their own head, look around and change position when alert. CalmFamily suggests positioning your baby’s hands by their face when in slings. In addition to sucking hands for calming, it allows babies to push against you to reposition themselves or shift themselves.

If you want to find out more about carrying in slings, visit the carrying section of our knowledge hub.

Development is a process not a checklist

Babies don’t have a checklist of skills to development; they have a process that begins before they are born, and continues for life. There is no race, no prizes for reaching a milestone first. Some of the first stages of this development is usually lifting and holding the head up. However, the Back to Sleep campaign was not the first time that humans began interacting a little differently around their babies.

Babies are meant to be held. Have you heard of the fourth trimester? The period of intense development and acclimatisation to the world that requires intensive nurturing? Historically babies would have been largely held and carried throughout this period. Putting them in carseats, prams and cots for prolonged periods is not anthropologically normal. Babies would have developed strength in these positions before spending significant periods of time on their tummy. This would have got them ready for beginning to roll. This is what we did with Reu.

He also spent time lying on his back, often with his brother chatting to him. This gave him opportunity to use his growing strength to develop his moves. On the floor he had the chance to kick about and roll. Once they learn to roll, they’re usually developmentally ready to lift their heads happily in tummy time on the floor.

Learning to roll back again usually follows pretty quickly. They already have the strength needed to get into that position, so all they need is the coordination to get out again. Once they have the skills to get themselves out of tummy time then the real fun starts! When they don’t feel trapped on their tummies they’re usually much happier exploring on their tummies. That’s when they begin fixing their sights on the next goal; bringing a knee up to push themselves into a seated position.

The difference in the development of muscle groups and coordination that is going on once a baby has mastered rolling from their back onto their tummy is huge. They usually have much greater strength in their arms and their necks by this point. They have greatly improved coordination of arm movements, so they can achieve a purpose, such as rolling over, or lifting their head.

Usually they develop this naturally by looking around and starting to follow faces as they move around the room whilst someone holds them, or by watching the flow of conversation. That’s quite a workout for these little babies.

I’m not suggesting your baby is in a sling 24/7, nor carried in arms 24/7, nor left on their back 24/7. The magic is in the balance. Holding babies upright works their muscles; lying them on your chest or over your legs allows them to lift their head against gravity; it can start in a sloped position with you reclined upright to make it less challenging, and develop to you lying flat on your back with a baby on your chest. Giving them time on their back helps them learn about their weight, and how to shift it, one limb at a time, and then all together. If you wish to, and your baby is happy to cooperate, by all means try tummy time on the floor.

Putting children in positions that they cannot yet achieve themselves is placing our agenda on them rather than allowing them to pursue their own development in their natural progression, first developing the muscles needed to get into a position, then developing those to get them back out of it, and on into the next position. The “Baby Liv” video shows this well and can help you to see how the movement that babies develop prior to moving onto their tummies can really help with the strength needed once they finally make it to tummy time by rolling there themselves.

So, in short, if you are giving your baby time in a range of positions, including free time on the floor, unrestrained, and in your arms, and, if you choose, in a sling, then you are providing them with the conditions needed to develop their muscles, and they will learn to do all the things babies learn to do without the need for prescriptive tummy time on a mat on the floor. So do what feels right to you, and if you and your baby are not enjoying formal tummy time, feel confident that you can find other ways that work for you both to allow them to develop and meet all of the milestones we look for in our little ones.

Jen is a Slingababy and JPMBB trained sling consultant supporting families UK wide to carry their babies safely in a way that meets their needs. They are passionate about parent support and working with families to help them find their own ways of parenting in the unique scenario of their own family. You can find them on Instagram talking slings, perinatal mental health and all things parenting. When they’re not supporting parents they’re exploring woodlands with their wild kids, drinking coffee, or crafting; sometimes all at the same time!

PrevPreviousJanuary Book Of The Month – ‘Why Perinatal Depression Matters’
NextSmacking ban: the guilt in my soulNext